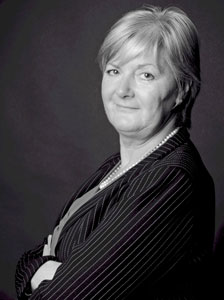 Sally Reynolds is an Irish national with a background in remedial linguistics, Sally first worked in radio and television in Ireland as a presenter and producer for the national broadcaster, RTE. Since 1990, she has been working on technology enhanced learning projects in Ireland, Germany, Netherlands and Belgium which included programme management of Online Educa Berlin (1996-2008) and eLearning Africa (2006-2009). She is one of the founding directors of ATiT and has led dissemination and piloting actions for several large-scale European projects including SAILS (SiS), ISE (PSP), EMMA (PSP) and CS Track (SwafS). She is an experienced trainer and her production background has equipped her with professional level skills which are combined with a specific know-how and experience in the technology supported learning field. As well as her role as joint managing director of ATiT, Sally has also been the Chief Operational Officer of the Media & Learning Association since October 2015. In this capacity, she has been responsible for the annual Media & Learning Conferences, communications channels including the monthly Media & Learning newsletter and the day-to-day management of the association. Through her work in the association, Sally has also been actively engaged in various media literacy activities and she is currently a member of the European Media Literacy Experts group and on the advisory board of EDMO as well as leading and supporting several media literacy projects. Sally also works regularly as a reviewer and evaluator for the European Commission in various programmes.